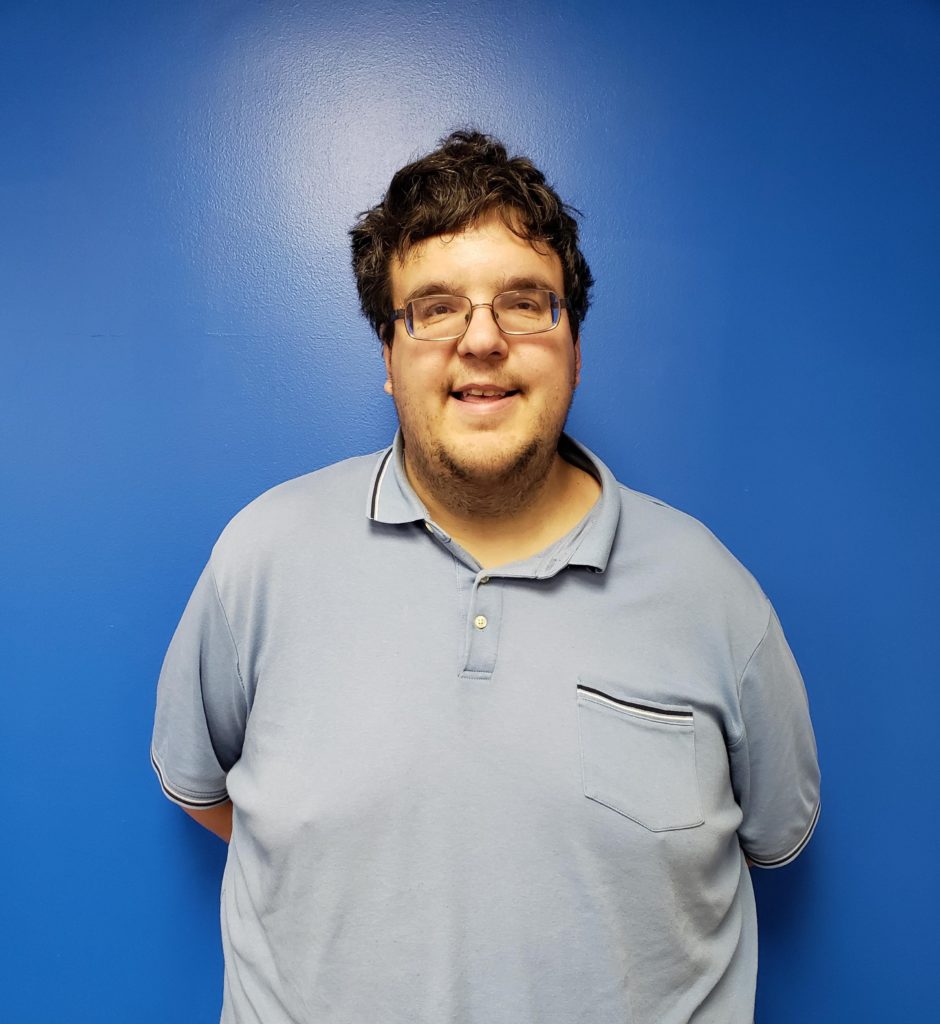 On Fathers’ Day 2013, just two months after they were
married, Josh and Joann Fischer found themselves rushing to Immediate Care due
to symptoms Joann had been having. Within days, they were in Pittsburgh,
praying with both sets of their parents, as Joann awaited surgery. She
ultimately was diagnosed with a malignant brain tumor. She was given 18 months
to live.

Thankfully, over six years later, Joann is still here! Due
to her diagnosis, she’s had some memorable wishes fulfilled, like meeting
Taylor Swift (a picture is proudly posted on Josh’s Facebook page).

Between June 2013 and now, Josh has centered more on being a caregiver than caring for himself, neglecting the crucial self-care that we all require, and as a result, his body accumulated more and more weight. He realized this was unhealthy and has wanted a change. This February, Joann and Josh applied for, and received, a YMCA scholarship membership at Glenwood, which they’re now using regularly. With Josh’s crazy retail work schedule, they love being able to take advantage of the Y’s different locations at Eastside and County to work out. Josh has even started taking swimming lessons.

To help Josh lose his extra weight, his father recently issued a challenge: if he loses 150 pounds, he will pay for a round trip to Florida, all expenses paid, to swim with the dolphins! Josh and Joann honeymooned in Florida in 2013, and swam with the dolphins; but back in 2013, Josh didn’t know how to swim. His experience was not quite what he had hoped, as he had to hold on to the arm of the trainer while he was in the water. Now, with four swimming lessons behind him and more on the horizon, he can’t wait to swim with the dolphins as an experienced swimmer.

This challenge has been quite a motivator, and Josh is
incredibly thankful to his father. Since the challenge, Josh has accomplished
much in a short time – in just a little over two weeks, he’s lost 13 pounds. But
he knows this is a marathon, not a sprint. Josh has 137 pounds to go, which he
thinks he can safely accomplish in the next 18 months or so. The Y has more
tools to help: he will be meeting with our Director of Chronic Disease
Prevention soon about the Y’s Diabetes Prevention Program, as he has been
diagnosed with pre-diabetes; and he will be meeting with a coach from our Get
Started program to learn about the different equipment in the Wellness Center
and Free Weight areas, and come up with a workout plan that is safe and
sustainable.

Please join us in supporting Josh with his weight loss challenge! If you see him at any of our area YMCAs or anywhere around town, give him a pat on the back, a fist pump, or words of encouragement to help him in his journey.  You can cheer him on at  www.facebook.com/joshsjourney721 , or use the hashtag #GoJoshGo_150 . You can also follow his progress on the Josh’s Journey page or hashtag #JoshsHealthJourney .

Best of luck to you, Josh! We’re with you all the way!

Reach goals with our classes and programs

Count on us for safe, high quality education